On Losing a Daughter

It's 4am on a sleepless night in Bucharest.  Discarded tissue surround my bed and fill the trash.  I'm in mourning over the loss of my daughter.

It is said that a divorce is much like a death with the difference that there is no grave to visit, no one to share the grieving.  The divorced husband or wife is still very much alive somewhere, only dead to a relationship that had once been the center of life.

I am now learning in my heart that a transgender death is much the same as a divorce.

I will not name names, although some readers will divine the identity.  Indeed, I have not written much at all about the person who has been at the center of my life for ten months.  She is my emotionally adopted daughter, just one week younger than my own son.  We've known each other for more than two years, but it was only last summer that I offered her a place to stay when she was going through a difficult time.  Little did I suspect when I made that offer that I had acquired a new family, that this mother had a daughter.

For ten months we have shared joys and sorrows.  We have helped each other with clothes and hair, with cooking and shopping, with almost every conceivable part of life that a mother and daughter could share.  We have traveled together.  We have entertained friends together.  There were Thanksgiving joys, Christmas hugs and presents, and New Year's champagne.  Since my return from Thailand, it is my daughter who has cared for me most by taking over almost all the housekeeping.  Even if I grimaced over a broken glass or dirty dishes in the sink, I was never so grateful to share my life with someone as I was with this young woman whom I had come to love as if she were my own.

On Saturday morning my daughter broke the news that she had made a decision.  She would give up on transition and would live her life as a man.

Perhaps I was wrong to take my daughter under my wing.  I gave her refuge, knowing it was temporary.  The hope was that we would find her work as herself.  Despite many interviews and letters, it did not happen.  In the US, perhaps, a person in transition is employable.  In Romania, a transgender applicant is more likely to be met with strange looks and barely restrained laughter.

It is time to say it:  my time in Romania is coming to its end.  Just over seven weeks from now I will leave Bucharest for good, heading on to my next assignment in Washington.  For weeks I have worried silently over what would happen to my daughter.  I began hatching plans.  Perhaps I could take her to the US for a year as my maid?  Then I could take her to my next overseas post as my member of household.  The money did not matter.  Something would eventually work out for her.

That was my pipe dream, but what was I thinking really?  What sort of life would it be for my daughter to follow her adoptive mother around the world?

My daughter was the one who was thinking more clearly when she broke the news to me on Saturday.  As a young man she will be able to find work and support herself.  Perhaps she does need time to turn her back on transition to find out if she can make it as a  man.  I certainly did . . . .again and again and again for all of the right reasons only to find myself miserable and those around me equally miserable.  But who knows?  My daughter may find the happiness of being a man that I never did.

I was intellectual and supportive through the weekend.  Tonight, however, I came home to find my daughter dressed as a boy for the first time.  I had never seen her that way before.  My heart broke into a million pieces.  I have been a sobbing mess ever since.  How I will get through the coming day is beyond me.

How ironic it is that I should react in this way.  I am supposed to be the one who understands and accepts issues of gender identity in all its gradations and colors, but I reacted the way most any mother would react if her daughter announced she would henceforth live as a man.  I now have a better understanding of what my sisters went through in coming to terms with my transition.  They came to love their youngest sister even as they mourned the loss of their brother.

I love you, dear daughter, no matter how you choose or are forced to live your life.  Forgive me as I go around in grief for now, a trail of tissue in my wake.  I miss you even as you stand before me.  I am in mourning.  It will take time.
Posted by Robyn Ann Jane Alice McCutcheon at 5:03 AM No comments:

Email ThisBlogThis!Share to TwitterShare to FacebookShare to Pinterest
Labels: detransition, Transgender in State

Last Saturday PE and I had dinner with our friend Irina and her son.  When the dishes were put away and our friends had gone, PE and I sat on the couch and watched the old Woody Allen movie, Radio Days.

The years of live radio comedy, drama, and shows were gone even when I was a young child, supplanted by television and much later the Internet.  Nevertheless, radio and music have occupied an important role in my life, making up the soundtrack, the music and sounds that I associate with the times and events that make up that life.

It's the early 1960s.  I lie on a blanket at Lake Welch with my sisters in New York's Harriman State Park.  The Sun shines brightly in a cloudless sky.  The sand is hot to the touch as the cool sounds of bathers splashing in the lake wash over us.  My sister's 6-transistor radio is on, and Kyu Sakamoto is singing Sukiyaki.  Forevermore, Kyu Sakamoto and Sukiyaki are linked to that day in my memory.  I have but to hear the first notes of that song, and I am transported back to that childhood day. 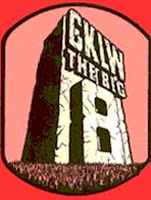 I can never think of the letters C, K, L, and W as anything other than CKLW, the AM radio station from Detroit that was the backdrop of summers spent with my cousins, aunt, and uncle in Michigan in the 1960s and 70s.  Evenings on the front porch in the days before air conditioning and my cousin talking of "her Tigers" come flooding back.  I feel the humidity and heat of those distant summers. 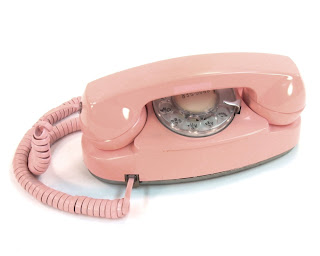 For all that my career has been associated with technology, I like to hold on to those things that were good and that link me to my past.  I have a turntable and a small vinyl LP collection.  A rotary black desk phone sits next to my computer, and a rotary princess telephone like the ones my sisters had in those 1960s of long ago adorns the table next to my couch.  It brings back memories of the Telephone Hour from Bye Bye Birdie.  The feeling of holding that phone in my lap and dialing the number of a friend feels somehow more substantial than the same call made from the BlackBerry in my purse. 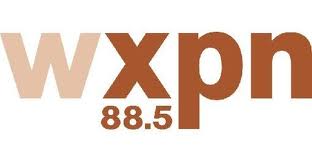 Radio has also provided the soundtrack of my transition.  In August 2010 I drove from Washington, DC, to Maine, all but certain that the secret of my life was becoming common knowledge and that my State Department career would soon be over.  (See Pacing the Cage.)  I had been a listener of WAMU radio at 88.5 on the FM dial in Washington, DC, for at least twenty years and had the car radio tuned to that frequency.  The signal began to fade somewhere around the Delaware Memorial Bridge, overcome by interference from a stronger station. A few miles into New Jersey, the impinging signal overwhelmed WAMU altogether with "the quiet sounds of Sleepy Hollow."  I have been a regular listener and member of WXPN from Philadelphia ever since.  Sleepy Hollow  is my favorite listening for Saturdays and Sundays, followed closely by The Folk Show and World Cafe.  The sounds of WXPN have been with me through my first winter of angst in Romania, my 2011 summer of expectation, and my 2012 year of dreams coming true.  It was my bedside listening as I recovered from surgery in Thailand this year.

In that same summer of 2010, I fell in love with another radio show, Down Memory Lane with Toby Leboutillier on MPBN in my home state of Maine.  I was driving from Bangor to Lincoln on a Friday afternoon when I first heard it.  An "oldies" show?  Well yes, but it's not your usual replaying of the standard hits of years past.  Each week the two hour show reacquaints us with the new songs that appeared on the charts this week in ten year increments beginning 100 years ago.  The magic of the show is that Toby Leboutillier is playing songs that might have appeared on the charts for only a week or two.  Many a time I have heard a song from 1962 or 1963 that makes me stop short in the realization that I had not heard the song in fifty years.  Once again, a simple sound transports me back to a childhood memory.

There are other stations and streams.  The sounds of Folk Alley can be heard frequently in my apartment.  Bucharest's SMART FM wakes me each morning.  Sometimes I need to listen to Radio Shanson or another Russian language station to reconnect with memories of my time in Russia.

I think we all associate music with a time and place, but I think Foreign Service Officers may form an even stronger link.  As we travel the world, it's the sounds of radio from home that transport us home.  When MPBN announced earlier this year that it would take Down Memory Lane off the air, my sadness was more than surface deep.  No longer would I hear a voice from Maine each Friday evening.  No longer would I be transported magically to my childhood by a song not heard in fifty years.  When MPBN reconsidered and announced it would continue to produce Down Memory Lane as an Internet stream, I was overjoyed to a degree greater than I would have been were I physically resident in the US.  My special link with Maine was preserved.

Radio Days.  It's not just an old Woody Allen movie.  It's the musical fabric of my life that weaves sound with memory and feeling.  A year from now when I am far away from Bucharest, I will be waiting for that sound that transports me back to the memories and people here who have been so much a part of my life's journey.