It's a chilly evening in Washington.  At about 10pm you would have seen me walking past the White House as I made my way to work on the 11pm to 7am shift at the State Department.  I had just come from an event celebrating the tenth anniversary of the National Center for Transgender Equality (NCTE).  For the previous three hours I had sipped red wine and listened and watched as Mara Keisling, Chloe Schwenke, and a number of my other idols in the transgender equality movement spoke and were honored.  As I walked along Pennsylvania Avenue under a bright autumn moon, I had to pause in front of the White House and feel that chill that came not from the cold but from sheer exhilaration.  I'm really here!  I'm really me!  How wondrous to have lived to see this day, this time of acceptance that I thought I would never see in my lifetime! 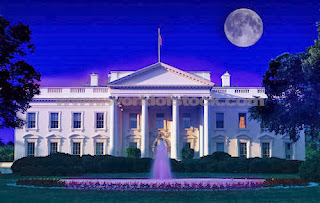 Last weekend marked the second anniversary of the announcement of my transition at the U.S. Embassy in Bucharest.  It's the day I now consider my birthday, and congratulations flowed in from around the world.  Just in time, I received a long-awaited document from the State of New York:  my amended birth certificate.  It now records that I was born Robyn Ann Jane Alice McCutcheon, female, in Nyack, New York, in a year when Eisenhower was President.  With that, the long train of fundamental document changes has reached its end.  Holding the birth certificate in my hands, I feel that official validation that what I always knew was true is now recorded as a matter of public record.

Enough about loss.  (See November:  What I've Lost.)  So what have I gained through transition?  It's not as easy a question to answer as you might think.  Might as well ask a fish what she has gained by being put in water.  What can one say when everything finally feels natural, when one can finally breathe one's fill just like a fish in water?

That moment of exhilaration in front of the White House captures it.  I'm really here!  In decades past I would have walked down Pennsylvania Avenue with a knot somewhere in my stomach, my eyes downcast.  Having a knot in my stomach was my natural state, a condition that would loosen only when I could escape to the mountains.  There was a jumble of fear, depression, and the self-imposed dictate of sheer will that I must go on as I am because that is the only choice.

All of that is gone now.  I no longer have that knot in the stomach.  I have forgotten what it feels like to have it.  I enjoy life now.  Even the most trivial daily tasks that once were drudgery now bring pleasure.

Confidence.  With the knot in the stomach gone, I no longer fear the future.  Where I used to plan obsessively, I now go forth each day with a lightness of thought, a confidence that I am ready for whatever the day might bring.  The time for living is now, in this moment.

Mirrors.  I used to hate them.  Without intending to sound vain, I can say that today I enjoy looking at my own reflection.  It's the reflection I always thought should be looking back at me.

Voice.  Could my voice ever have been different than it is today?  Those old recordings of someone with a bass voice claiming to be me must be a forgery.  I can't imitate that voice today even if I wanted to.  It's gone, wonderfully gone.  The voice I speak with now is the only natural voice I could ever have had.

The Future.  I remember sitting in my office at Computer Sciences Corporation in 1978 and estimating the number of days until my retirement, the day I could escape and be alone.  I really did that.  I just wanted to get through life, do what I was supposed to do, and get to the end of it when the pain would go away.  Now it's as though I have finally started living, each day, week, month, and year an increment of time to be treasured and enjoyed.

It is wonderful to be two years old with my life still fully open before me.  A life I never thought I could have is now mine.  In comparison, all that I lost through transition fades to insignificance.  It's a beautiful time to be alive, to walk past the White House under a bright moon and feel that exhilaration of being a woman with her future and all roads open to her.

Posted by Robyn Ann Jane Alice McCutcheon at 10:50 AM No comments:

Email ThisBlogThis!Share to TwitterShare to FacebookShare to Pinterest
Labels: Transgender in State

November, the month that brings both Transgender Day of Remembrance and Thanksgiving, is a time for reflection.  It is also my anniversary, which this year marks year two since the public announcement of my transition at the U.S. Embassy in Bucharest.  It is a good opportunity to take stock of what I've lost, what I've gained, and what has remained the same.

What have I lost?  Compared with too many persons who pay with their lives, I've fared remarkably, almost miraculously well.  Still, viewed from a cisgender perspective, the perspective of someone who has not spent a lifetime confronting the reality of being transgender, the price has been high.  In financial terms alone, I have lost a year's salary, most of my life savings, and almost all real estate and physical property of value to the divorce that immediately preceded my transition.  The medical price tag for counseling, hormone replacement therapy, electrolysis, voice therapy, gender confirmation surgery, and facial feminization surgery amounts to almost another two thirds of a year's salary.  The financial picture for a person whom social security views as age 55+ is bleak. 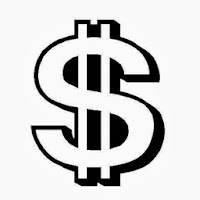 I have also lost considerably in terms of career advancement.  If one views my move from Computer Sciences Corporation (CSC) to the State Department as a first step on the transition road, that was already a big down step.  At CSC I was a Senior Computer Scientist, the equivalent of an FS-01 on the State Department's scale.  I joined State in 2004 as an FS-04, the rough CSC equivalent of an MTSB/A but the highest level at which it is possible to enter.  I received tenure and was promoted to FS-03, the equivalent to SMTS at CSC, in 2007, the shortest possible time for tenure and promotion at State.

I have been frozen at that position for six years now and see no prospect for further advancement for at least another 2-3 years.  Why?  I detoured from the career path in Romania, doing a down stretch to an out-of-the-way, nearly invisible FS-04 technical position.  This was a logical step for someone who was about to transition and who was worried how her transition would be perceived.  The fact that I later did significant human rights reporting on LGBT issues is scarcely visible to the blind promotion panels that meet annually in Washington.  My current position is at-grade FS-03 but is one that is widely seen as having little promotion value.  It's career virtue to me is that I could get the position at all after having committed career suicide in Romania.  It gets me reasonably positioned to put me back on the career path in the few years that are left to me in this career.

That career price is the direct sum of the costs of the individual decisions I took along the transition path.  Each cost is almost physical, tangible, but there are no regrets.  The decisions were my own.

Other costs fall into a misty area of gray.  Am I seen differently post-transition?  Are my abilities evaluated differently?  For example, in 2004 I tested at 4 in Russian on a 0-to-5 scale.  In 2007 I re-tested at 4+.  This year I tested again but was awarded only a 3+.  Had my Russian fluency slipped during two and a half years in Romania?  Probably.  By that much?  I think not.  Could the fact that I was wearing a dress and speaking with a very different voice in 2013 have played a role?  Perhaps, but we are in the realm of the unprovable, the intangible.

Male privilege.  Perhaps I rarely or never exercised the options that came with it, but male privilege lay upon me like an un-sensed cloak.  Only now that it has been removed do I know it was there.  My auto insurance rate went up.  Not by much, but it did go up.  My softer, feminine voice does not automatically command the same respect from strangers.  If I am with a man in a restaurant, the waiter pays attention first to the man.  At a restaurant last week, our waitress walked away after taking my partner's drink order, completely failing to take notice of my presence.

Personal freedom is not what it used to be.  I fight this, but even so, I know there are places I should not go, places where I should not be alone, especially at night.

Physical strength has changed.  I still have the strong legs of a bicyclist, but young men now routinely pass me on the road.  Upper body strength, never very great, is diminished.  Rings and bracelets that were tight when I began transition now fit well.  Some are even loose.

Friends and colleagues.  To my delight I have lost very few, but there have been some.  A friend who chose me to be best man at his wedding in 1982 dropped contact in 1990 when he learned my secret.  A NASA friend did the same in 2011.  Most of all, I regret the loss of a Russian colleague with whom I worked closely as a historian.  "I will never be able to accept this," she replied when I wrote to her of my transition two years ago.  She still has not.  I remember her fondly when I look at publications and even a short documentary film that carry both our names.

November, a month for reflection.  As the leaves fall, I think about what I've lost.  As the autumn chill deepens to the white flakes of winter, my thoughts turn to what I've gained.  I'll write about that next time.  (See November:  What I've Gained.)

Posted by Robyn Ann Jane Alice McCutcheon at 5:39 AM No comments: